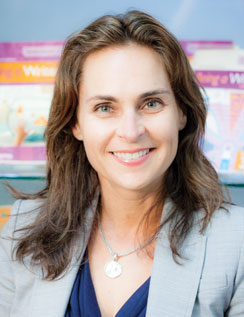 Previously, she served as the senior research associate at WestEd, where she led dissemination for the Doing What Works (DWW) website, which developed practical tools and videos to support educators in their understanding and use of proven research-based practices. Also while at WestEd, Dr. Stuart launched the U.S. Department of Education’s School Turnaround Learning Community (STLC), an online community for states, districts, and schools involved in turnaround efforts. Prior to WestEd, she was the director of special programs at the Success for All Foundation.

Since beginning her career as an elementary school teacher, Dr. Stuart has worked with educators in schools and after-school sites in every state. She has a BS in liberal arts, a teaching credential, an MA in education administration, and an EdD in education leadership.